Thanks to the Internet and technology, aspiring rap artists and musicians can now purchase beats online. Also known as online beat licensing, it allows individuals to create and distribute professional quality music. Before you actually buy any beats, it is recommended that you understand the beat licensing process, as well as the difference between exclusive rights or and non-exclusive leases.

What is Beat Licensing?

On the part of the artists that use the licensed beat, they must remember that they can only record one song using that beat. The license itself gives the artists the right to use the beat according to how they need it, but it must be in accordance with the terms included in the beat license agreement. Commonly, these terms are discussed as “User Rights” of the contract. There may also be limitations depending on what type of license has been sold for that particular beat. There are some instances when the license is set to be exclusive which means that no one else will be allowed to use the beat. When it is non-exclusive, then many artists are allowed to license the same beat, though in different tracks.

While the definition of exclusive beats differs from producer to producer, it typically involves a 50/50 split sheet with the producer. This means that producers retain copyright ownership over the music that they created and get 50% of any publishing revenue that might be generated by the song in the future. Consider consulting an entertainment lawyer who can help you achieve a reasonable publishing split, which benefits both parties. Beats with exclusive rights can have a high price point which ranges between $200 and over $10,000. There are no usage caps, no term limits, and there should be no other artists using the beat.  These are typically used by artists who have already established their names in the business and also those who have label backing.

Typically priced in between $30 and $150, non-exclusive beats have usage caps for downloads and a number of streams. There is also a limited term attached to it, that is, an artist can use the beat for a certain length of time and then will have to renew the license later. The same beat can also be used by other artists because the producer still retains full copyright ownership over the composition. He or she has the right to sell the same non-exclusive beat licenses to other buyers.

At luke4pres, you can choose from different plans. These plans include Standard MP3 Lease, Premium WAV Lease, Deluxe Stem Lease, and Unlimited Lease. You can also make an offer for the Exclusive Rights to our beats and enjoy exclusivity for that beat. Once the offer has been accepted, we will remove the beat from our catalog for your exclusive use.

If you want to find out more about Beat Licensing and what we do at Luke4Pres, check out our beat store today! 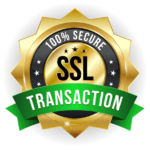